Book - The First Book of Origami 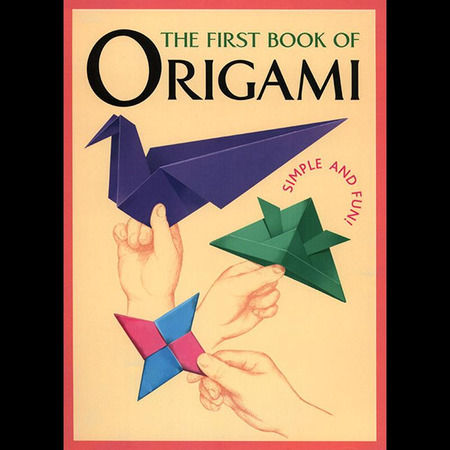 The First Book of Origami

Turn a single sheet of colored paper into an animal, a hat, a boat, or even a camera! The three-dimensional drawings and simple instructions are easy for beginners to follow. The designs range from traditional Japanese origami to novel ones that can be manipulated and moved, giving everyone — from kids to grandparents — hours of pleasure and fun.

The craft of paper folding in Japan has been passed down from mother to child for generations, right up until the present day. Origami thus embodies skills that have been developed through play and enjoyment over the ages. Traditional designs, such as the popular crane — with their finely balanced artistry and beauty — may be said to represent the living shapes of Japan.

Today this art has spread all over the world, attracting enthusiasts in dozens of countries, and the word "origami" itself has become widely recognized and internationally accepted. Origami societies have proliferated — in fact, the British Origami Society predates the Nippon Origami Society by several years — and this has further enriched the art and led to the creation of numerous innovative designs.

This book presents a careful selection of classic and novel designs that can be easily mastered by the beginner Notable features are: