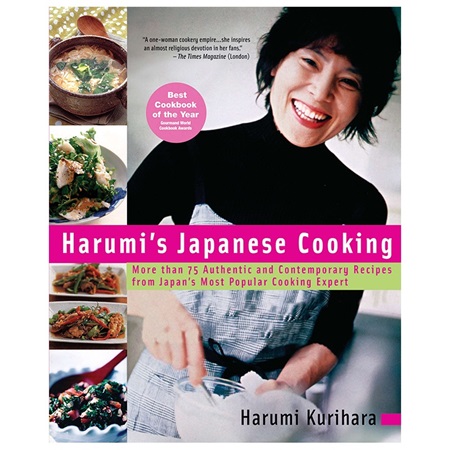 Cooking expert and lifestyle guru Harumi Kurihara has won over the hearts of Japanese home cooks with her simple, delicious recipes. After selling millions of copies of her cookbooks, magazines, and housewares in her home country, this charismatic former housewife now shares her award-winning kitchen secrets with Americans for the first time.

Demystifying Japanese cooking and celebrating freshness, seasonality, and simplicity, this delightful book introduces Americans to one of the food world’s brightest stars, and invites us to cook with her, one gracious dish at a time.

ABOUT THE AUTHOR Harumi Kurihara is Japan’s most popular cooking and lifestyle personality. She has sold more than seven million copies of her cookbooks, as well as more than five million copies of her cooking magazine. A nationwide sensation in her home country, she also appears on Japanese television and runs housewares shops and restaurants. This is her first book to be published in the U.S.